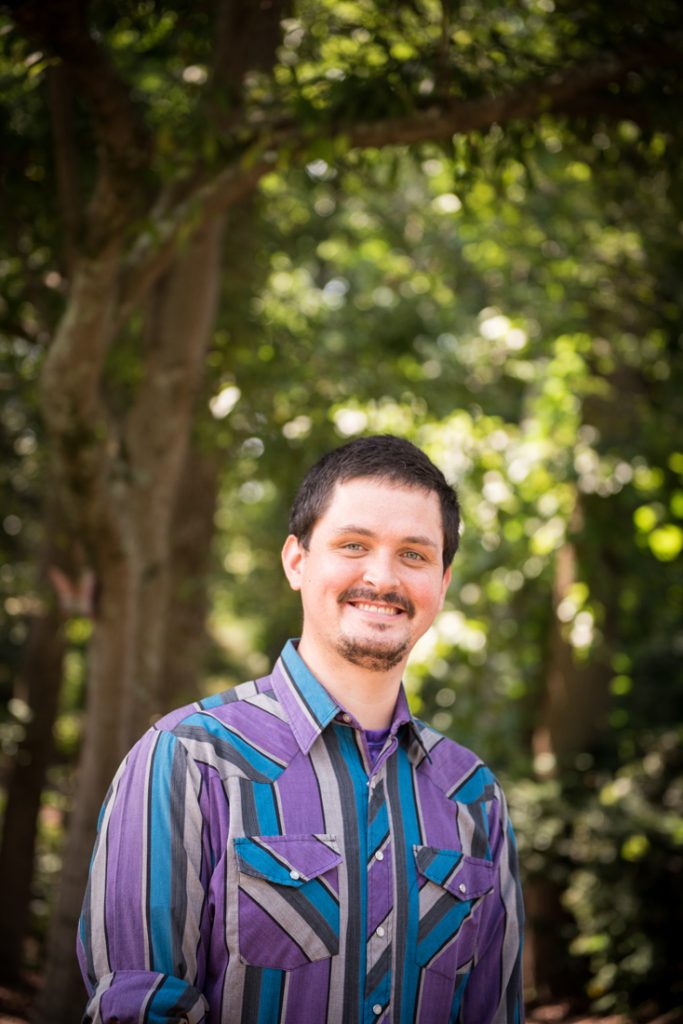 Elijah Allred grew up in Charlotte, North Carolina where he regularly attended summer camp in the mountains. After four years of film school and one gap year of hitchhiking in Alaska, he received a B.S. in radio, television & film from University of Texas, graduating in 2015. During that time he developed unprofitable interests in cooperative living, social justice, and sad poetry.  After several years of living in co-ops and working in food service, Elijah moved out to west Texas to write sad poems and work behind a motel desk. Elijah returned to Austin in 2016 to sign an NDA and work for a very large social media company with a blue logo doing content moderation and account memorialization.  During that time he published several very sad poems, developed an interest in continuing his education, and quitting his job as quickly as possible.

In 2018, he began working part time as a substitute teacher in a special education classroom. By 2019, he received his teaching certification from Austin Community College and worked for two years at Austin Discovery School, a small public charter specializing in eco-wellness and project-based learning. Elijah moved to Asheville in the summer of 2021 to work for Odyssey, be closer to his family, and, eventually, send his newborn son to summer camp.

At Odyssey we stay ready—ready to be and show ou

Double your gift and help make our first Giving Tu

Today at our monthly buddy lunch we created a grat

If you are feeling eager and inspired to support O

Check out these fifth and sixth graders exploring