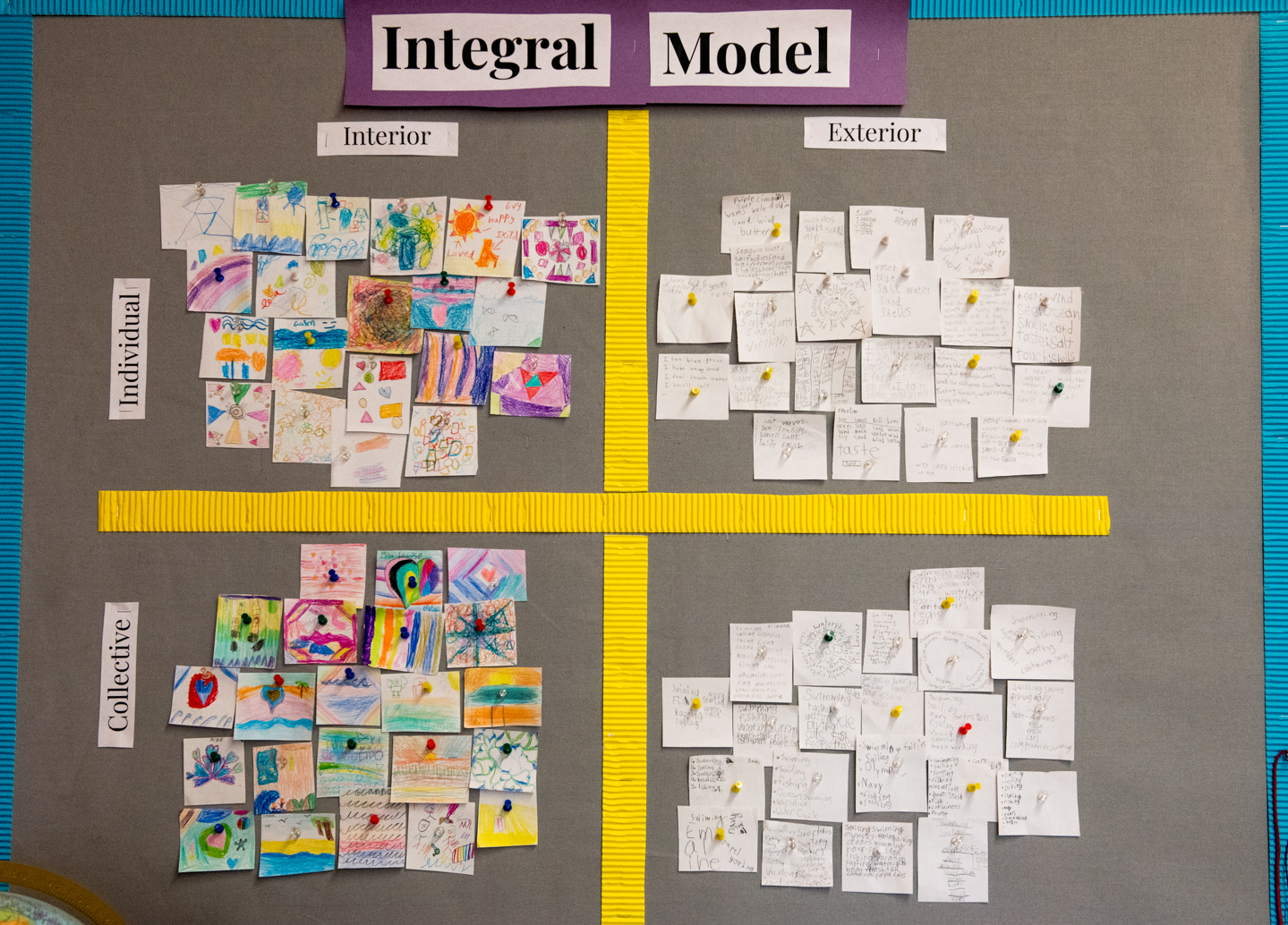 Integral Education is deeply rooted in a collaboration of multiple perspectives. Odyssey School aims to echo this value, using Dynamic Governance to organize responsive circles throughout the organization. Executive Director Coranna Adams is supported by program directors in each of the four arms of the school, PreK, Elementary, Intermediate, and High School. This circle works in tandem with the administrative circle to guide programming, faculty, and families in our unique learning adventure.

Cory Adams has lived in Asheville since 1997 and holds a degree in English literature from Warren Wilson College. As the child of two public school teachers, Cory was drawn to the non-profit world and to Odyssey through her love of learning. Cory began working at Odyssey in 2009, first as an administrative assistant to founding Executive Director John Johnson, then as a teacher and director in the high school program. She began co-leading the school in 2014. Her focus as an administrator is on partnership and collaboration, using Dynamic Governance, the Integral Model, and Compassionate Communication to actualize on strategic planning for the school.

Originally from the mountains of South Carolina, Jen and her family moved back to her Appalachian roots two years ago when they made their home in Asheville. Immediately drawn to Odyssey, Jen and her husband enrolled their daughter in 4th grade and a year later Jen began working in our office.  She works hard to take care of our faculty, family and student needs and does so with a smile.

Prior to moving to Asheville, Jen was the office manager of the family funeral home business in Lancaster County, Pennsylvania.  Needless to say, getting to spend her day at Odyssey brings a lot more smiles! Jen loves to spend time with her family – and especially loves working where her daughter goes to school. Other interests include travel, camping, music, herbalism, knitting and cooking.

Clayton Hufford completed a B.F.A in Graphic Design from Bowling Green State University and an M.F.A. in Glass Sculpture from Rochester Institute of Technology. After receiving his undergraduate degree, Clayton taught glassblowing at a summer camp for high schoolers in Williamsburg, MA, and then moved to take classes and teach at Penland School of Crafts before finishing his masters. In his work at Odyssey, Clayton marries his training in art, design, and sculpture with his on-the-ground experience as a woodworker and renovator.

Ellen Ricker grew up in the crisp mountains of central Vermont learning the value of self-sustainability and living close to the earth. Ellen would go on to receive her Bachelors in Business from Cazenovia College in New York, and then a Psychology degree from Norwich University in Vermont. As a life-long learner Ellen has also studied primary education and biology. During this time Ellen honed her skills through opportunities with the Vermont Commission on Women and The United States Department of Agriculture. These experiences gifted her with skills in office administration, human rights advocacy, and file and data management.

Ellen would take these skills with her when moving to Asheville in 2015. Here in Asheville she has worked in the healing arts, as well as the education sectors. Her dynamic skills and perspective are a gift to the Odyssey community! Whether it’s answering questions, facilitating ideas, or getting documents, Ellen is happy to assist you in any way possible. In her spare time Ellen enjoys spending time with her husband John and cat Opal, and of coarse playing among these ancient mountains.

Eruch Adams learned about computers while working in the video game industry from 1999-2001 as well as running his own company’s IT department from 2002 until 2013 where he also took on more and more graphic design, branding, copywriting, and digital media wrangling. More recently, Eruch has written and co-produced a number of award winning short films here in Asheville, and wrote and played out a novel.

Eruch stumbled into the original Founders Day in 2007 and watched the unveiling of the Sword and the Stone that resides in Odyssey’s front yard. The Arthurian legend was a foundational part of his inner landscape so he decided this was his kind of school. When his son, Simon, was old enough to attend Pre-K the following spring, they chose Odyssey. Simon is now in the 7th grade.

Eruch has 12 years experience in counseling and helping facilitate a spiritual camp for teens and enjoys opportunities to interact with Odyssey students of all ages, from tech support for student video or writing projects to chaperoning middle school camp outs. He can often be found in the Pre K room playing with Magnatiles, ostensibly to help his youngest son transition into a school day (but really to hang out in fun land and see how many pyramids he can get on top of his other pyramids).

Timber wolf campers strike a pose while playing at

What a year! Odyssey High students worked hard to